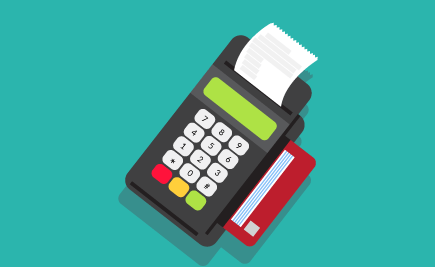 March towards a cashless society

This week witnessed the UK launch of Square, a financial tech company looking to empower small business owners. Headed by Twitter co-founder and current CEO Jack Dorsey, it enables retailers and merchants to accept payments via a tablet or smartphone.

Despite cash remaining the most cost-effective way of processing retail transactions, a vast market opportunity exists with over 2 million British merchants currently unable to accept card payments. However, well established players already exist with Swedish based processor iZettle offering a comprehensive selection of products designed for everybody, from large brick and mortar shops to market stall vendors. They even offer small businesses a free card reader as an incentive to sign up.

Both Square and iZettle platforms fundamentally function the same way, taking a commission of the total fee charged a method which benefits both customers and merchants. Retailers feel reassured that they are maximising every sales opportunity and are protected from crime by not having to maintain large cash deposits onsite. For the consumer, cards represent safety, familiarity and above all, convenience. It is no surprise that cards continue to be the dominant method of choice for consumers, with usage continually rising year on year, fuelled by the rise of contactless cards, which has more than doubled in 3 years[1].

Despite its deep pockets as a publicly traded company, Square’s UK performance remains to be seen. Launching to great fanfare and with a ruthless strategy which attempted to undercut its competitors with vastly reduced transactions fees, retail giant Amazon exited the sector nine months later. Some may even argue that Square’s European rival already has market advantage, with American cards far less complex in their architecture. Chip and pin for example, has long been considered the norm in Great Britain, with American firms and systems, heavily reliant on traditional magnetic strips, only issuing and recognising this method recently. Further, the UK is considered the world’s FinTech capital, a leader in innovation and home to numerous payments incubator and accelerator programmes. How long will it be before another company does what Square does faster, simpler and cheaper?

At Clareville we recognise the importance of a proactive public relations strategy when entering a new market. We have a wide range of knowledge and experience of the payments and financial services sectors, with the largest FinTech event in the UK, PayExpo Europe among our clients.

Here are some of our PR tips for a budding FinTech start-up: