Clareville / PR / Does the villain ever win? The villain always bloody wins! An Uber story….
Sep 22 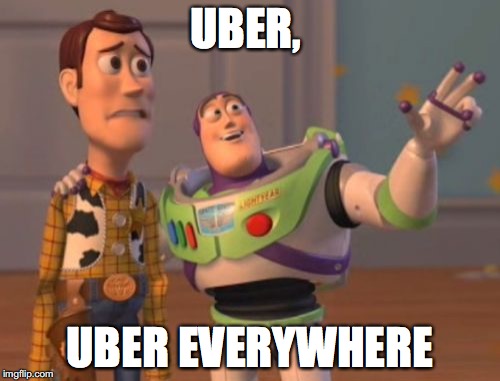 Does the villain ever win? The villain always bloody wins! An Uber story….

Londoners are in shock. TfL has today announced that it will not be renewing Uber’s private hire licence to operate in London, once its current licence is up on September 30.

The press has told us: With 40,000 registered Uber drivers in the capital, the news comes as a massive blow for the on-demand taxi company and for the gig economy workers dependent on it. However, the decision has been welcomed by black cab driver groups, former Uber drivers, and politicians who have been mounting pressure on TfL to restrict the firm over the past few months.

Despite personal experience of Uber; the drivers liking it, and the passengers liking it, the brand has been the villain of the business world almost since it began, with stories of intimidation and sexism behind the scenes, reducing workers’ rights to an amount which deemed them less valuable than the bike or the car they drove around on/in…… murders, rapes. The press announcement issued by TfL this morning concreted the rumours we have all heard about the ubiquitous brand, as it attempted to nail down and reprimand the naughty child winning at black-jack in world of quick fulfilment by cutting corners, and illusive transparency.

As Owen Jones put on his facebook page this morning:

“How about instead of appealing, Uber gives its workers rights and deals with all the issues TFL raised, like protecting womens’ safety”.

Will that happen? Will it hell! 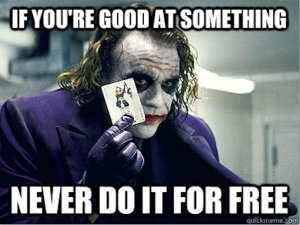 From a PR perspective, the age of crisis communications and constant communications, has born the age of the villain, we are suddenly surrounded by anti-heroes and downright bad guys in our news stories, all of them seeming not to care about their reputation, the political process, public opinion and so on. In an age of fake news, live news, insta news it is getting harder to get the column inches that people pay attention to, and the bad guys always win when it comes to attention, who wants to see Batman when you can see The Joker?! What’s that adage?…something about “no such thing as bad pub….”?, sorry I was just distracted by the most powerful man in the world calling a leader of another country ‘Rocket Man’ in a tweet … here’s just a quick list of names of important people, with power and influence, who are laughing in the face of crisis management: Trump, Kim Jong Un, Mike Ashley, Michael O’Leary, to name a few (sorry Mike and Michael you are more anti-heroes).

The marketing services environment has been so focused on presenting a wholesome, pure image, is it any wonder that the space has emerged for the bad guys to bask in their negative headlines? I mean they are headlines after all. And what does that mean for reputation management and PR in the future? Are we going to change our advice for the sake of creating more memorable characters out of our leaders and celebrities? Does anyone remember a few years ago when Charlie Sheen’s Tiger Blood was front page news? It’s a darker time now, where nukes and Nazis are back in the headlines, and the world can’t get enough of it.

Meanwhile, here is a list of London taxi companies, if Uber actually stop trading, which FYI, they don’t have to do until their appeal fails….so you can still have your weekend rides, or y’know you want to pay a bit more to travel with a company which to our knowledge hasn’t been associated with 32 sex attacks in the last 12 months…..: