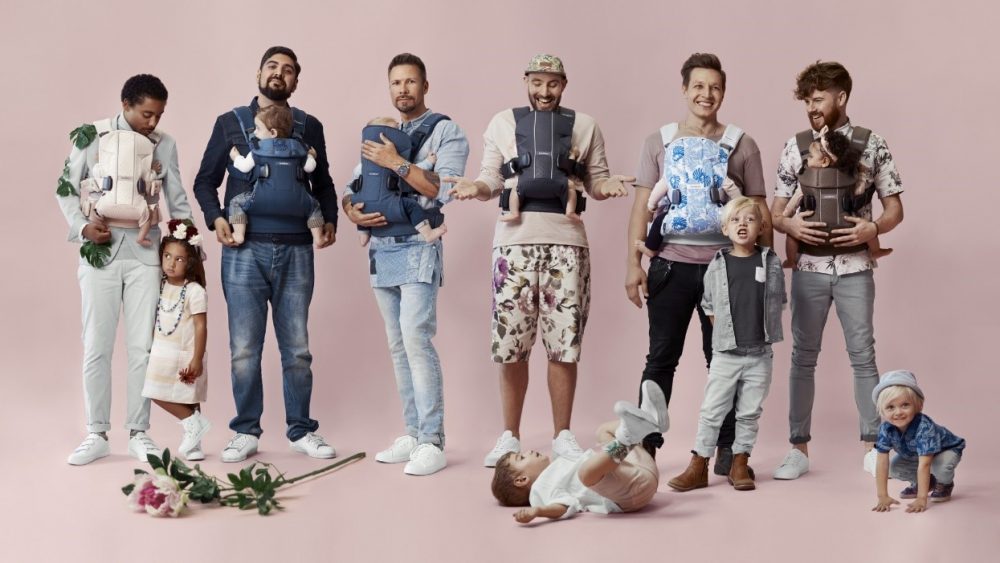 Clareville recently had the privilege to launch the new BabyBjörn #dadstories campaign in the UK. BabyBjörn, the Swedish family owned company, announced the arrival of a collection completely inspired by modern-day dads and Clareville helped and implemented the campaign around it:

“Men’s fashion features a lot of patterned details right now and globally, it is taking inspiration from the image of the modern-day dad. We’ve taken strong note of this and the result is our #dadstories Spring Collection,” says Art Director Anna Ekman from the Design Team at BabyBjörn.

The launch event was hosted at the hospital club, Covent Garden and together with the BabyBjörn home team from Sweden, Clareville welcomed mum and dad vloggers and bloggers, influencers as well as online and print media, there was a filmed Q&A session with the acclaimed, Adrienne Burgess of the Fatherhood Institute about paternity rights in the UK, as well as demonstrations and previews of the new collection.

As we’re personally acquainted with so many highly-involved dads, we wanted to highlight their stories. So instead of professional models, BabyBjörn asked six ordinary dads and their kids to be the faces of the collection. Some of them also share stories about their experiences and the lessons they’ve learned, which will hopefully be a source of strength and comfort for all the new, and soon-to-be, dads out there. BabyBjörn is available in about 50 countries worldwide and the role of dads has changed a lot in the last ten years everywhere.

The #dadstories Spring Collection sees limited editions of the BabyBjörn Baby Carrier One, available in three mesh options: Powder Pink, Cocoa, Anthracite, and three cotton options: Classic Denim, Pale Blue-Leaf Print and Midnight Blue-Leaf Print. The One carrier can be used from newborn, all the way up to three years, with four carrying positions for optimal comfort and ergonomics for baby and parent.

As part of the campaign Clareville arranged for baby carriers to be donated to vulnerable families across the UK via the Fatherhood Institute.