Clareville / Business / Face-to-face communications ideas from Manchester City, Amazon and others
May 01 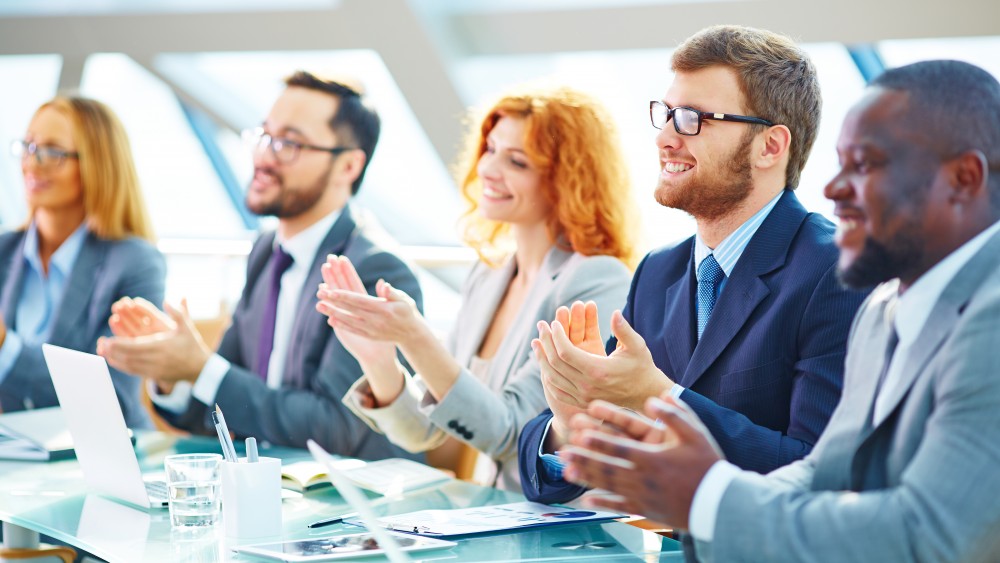 Face-to-face communications ideas from Manchester City, Amazon and others

They have been thrust into the limelight on the news pages of national media recently when high profile figures including Jeff Bezos of Amazon and Pep Guardiola, manager of Premier League soccer champions Manchester City made pronouncements about these topics.

Do their views on meetings and face-to-face communications contain more than a grain of good sense? Here is their advice and other similar ideas.

1. How the shape and size of a table can encourage networking and build team spirit
When Pep Guardiola took over as manager of Manchester City, he wanted the team to communicate and connect better with one another, to build team spirit and prevent and dismantle cliques. His simple step was to remove small tables from canteens and relaxation areas and replace them with one or two large tables so that every would sit together.
An idea that would help to encourage networking at conferences and meetings? Yes

2. How the shape of a table can be influential in face-to-face communications
John Syer, a renowned sports psychologist who advised the successful British Olympic cycling and Tottenham Hotspur teams, recommended that a meeting table should be circular so that everybody could see everyone all the time and that everybody had an equal position.

3. How to improve communications in a theatre style seating layout
In a traditional theatre, those who sit at the back of the stalls are often far away from the presenter. A horseshoe layout of the seating, with the presenter at the centre, brings everyone closer. Several venues, including academic institutions, have reformatted their main conference rooms to make this possible.

4. Start the meeting with a long silence while reading a long document; the Jeff Bezos approach
The CEO of Amazon bans PowerPoint presentations. A meeting there begins with everyone reading a six-page memo in silence written in sentences not bullet points to create the context for the discussion. A ‘brilliant and thoughtful’ memo will ‘set up the meeting for a high-quality discussion.”
Would this help face-to-face communications in your organisation? How about the other ideas?