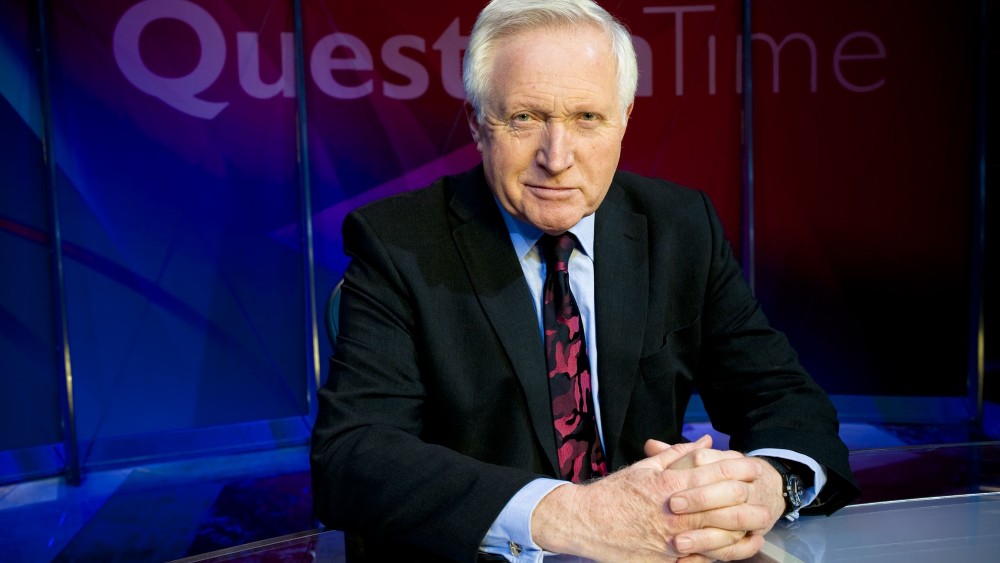 It’s one week before the General Election; the temperature in the debate is rising as the polls show the gap between Conservatives and Labour closing and both parties are adopting new PR strategies and tactics.

That was the political climate on Thursday 1 June when I, along with my wife, was chosen to be in the studio audience for BBC Question Time in Barnet, North London where I live.

So, here’s a ‘behind the scenes’ view of how this ‘almost live’ topical news programme takes shape and goes on air and a few observations from a PR and editorial perspective.

Let’s clear up the answers to a few questions first.

How are the audience chosen? We applied online a week before the programme, answering questions about our age profile, voting history, currently voting intentions and what two questions we would like to ask. We were then phoned and interviewed on similar questions before being told that tickets would be emailed to us with instructions.

It is designed to ensure that the audience is close to a representative sample of the population and probably was. What was notable at the briefing on the night was that the Conservative voters were particularly encouraged to speak as Labour voters are apparently less reserved about putting their opinions forward. Is this a possible insight into the cause of the alleged ‘left-wing’ bias in some events such as the recent Leaders Debate?

Is it live? Is it edited? It’s almost live and is unedited. It’s recorded between about 8pm and 9pm on the evening it is broadcast. Recording only stops, or moments re-recorded, if David Dimbleby is told there is a technical issue. As he told us before we went in to the studio; “The political parties would complain about biased editing if it was.”

How are the questions chosen? We were invited to email one question to the editor, briefed that it should be topical. The production team announced half an hour before starting which eight out of about 200 people there had been chosen. Even then only five did get to ask their questions, and one of those was off-air before the broadcast. The panellists are not told the questions in advance.

So what happens on the evening? We were asked to arrive by 6.30pm and told that it would finish by 9.30pm – yes, up to 3 hours! At about 6.45pm David Dimbleby talked us about what would happen and gave us tips like; ‘remember to take your arm down once you’ve been invited to speak’ (it seems obvious but quite a few don’t.).

After taking our seats at 7pm, with the first in the queue in the front etc, the audience and technical checks began. With five members of the audience as the panel and Stan, the floor manager, in the chairman’s seat, we had a 25 minute debate about who is responsible for children’s obesity. After the first ‘panellist’ spoke, there is silence. “How about clapping?” said Stan. It’s surprising how often we needed to be reminded to react, rather than just listen (or stop thinking about what we might contribute). Now I started to appreciate why we were there early – it’s not just the cameras and sounds that needed rehearsals and warm-ups, it was us in particular..

Around 7.45pm the panellists were introduced and took their places and the first question was asked – about protecting the Green Belt from housing development. It was a full Question Time style debate for 15 minutes with the whole panel, production – and the audience – now in full operational mode and revved up. I was pleased when David Dimbleby picked me out and I gained a positive response to my contribution – but it will never be seen on air because this discussion was the not to be broadcast final rehearsal!

So finally, just after 8pm, the lights went down and the signature music played….

What happened next? It all ran smoothly with plenty of argument between the panellists, good humour (the panellists smile and quietly talk off to one another and David Dimbleby off-camera at various times) – and plenty of keen comment, clapping, mass heckling even mass-booing from us in the audience! Only one member of the audience caused everyone to cringe with discomfort with his rather odd, disconnected rant about deporting students of bogus language colleges. An hour passed quickly, only four questions were covered – and, at the end, remembering what Stan said, we didn’t ‘do a Middlesbrough’; start leaving while the cameras were still on us at the end.

A PR perspective – the choice of panellists and their performance

At such a prime moment in the run-up to the General Election, the panellists were all politicians and the five parties represented – Liberal Democrats, UKIP, Labour, Conservative and SNP – had all sent along senior, highly experienced representatives; Nick Clegg, Suzanne Evans, Barry Gardiner, David Davis and Angus Robertson.

PR and reputation management – protection – appeared to be key to these choices. After several PR recent gaffes by Labour party leaders over numbers, Barry Gardiner seemed to have been chosen because he knew all the costs in the Labour manifesto apparently by heart when answering questions about Labour’s corporation tax plans. David Davis was a ‘safe pair of hands’ in defending strong criticism of Theresa May from all the rest of the panel and many in the audience for not taking part in the previous day’s Leaders’ Debate; crisis management handling with fightback and a smile.

Nick Clegg and Angus Robertson were both using their PR and media skills to win over the audience with charm and honesty while, after the Leader’s Debate, Suzanne Evans was a good choice for UKIP PR to show that there is more to the party than Paul Nuttall (and Nigel Farage).

With solid defensive performances, no headline-making mistakes, it was a comfortable evening for their PR teams.